Weeding will not cut it

Some common weeds can be removed by tilling, scooping, or simply pulling them out; however, these methods are non-effective at eradicating nutsedge. This is because a small bulb will develop at the end of the plant’s root structure, deep beneath the soil. These bulbs are often referred to as the ‘nut’ of the plant (hence its name), but are actually called tubers. Though typically small, depending on the type of nutsedge, tubers can grow as big as 13 mm (0.5 in.) in diameter. It is the tubers that make nutsedge removal difficult. Whether they are attached or separated from the plant structure, they will fully develop into a new plant.

Tubers can retreat deep into the soil, upwards of 0.3 m (1 ft) below the surface. At this depth, the difficulty in removing nutgrass and its tubers by hand from the area where a pool is going to be installed is practically impossible.

The most effective method of eliminating nutsedge in areas where the plant is established and actively growing is to remove the soil from the pool installation site and replace it with clean fill. Unfortunately, however, this is not a practical option for most homeowners or pool builders.

The next best option is to chemically treat the ground using an off-the-shelf weed killer that contains glyphosate as the active ingredient.

When used as directed, these herbicides are doused over the plant and will kill the stalk and some of the root structure. Though this treatment will kill off the plant above the surface, these treatment products may only minimally impact the plant’s tubers, especially if they are fully grown. When tubers are intact, they are free to grow and spawn new nutsedge stalks. To help prevent future growth—after removing what has grown above the surface—products containing dichlobenil should be used as a ground treatment.

You May Also Like  Small, hybrid pool installations are appealing to older generations

Available in dry and liquid forms, dichlobenil is a ‘selective’ herbicide, which means it will only kill off perennial grasses and weeds, rather than all vegetation it comes in contact with. More specifically, the herbicide is only applied to the top layer of soil, so established shrubs, trees, and other plants with deep root structures will not be affected by its application when used in accordance with the label directions.

Knowing the size of the pool area is important to determine the amount of dichlobenil that will be required. It is also important to factor in an additional 0.6 to 0.9 m (2 to 3 ft) beyond the pool perimeter. This additional treatment around the area where the pool is being installed will account for the long root structure of the nutsedge.

After following the manufacturer’s directions with regards to the application rate, the material can be uniformly scattered. Using a hand-operated spreader is ideal. After it is applied, the material should be raked to make sure it gets mixed well into the soil. When using the crystalline version of dichlobinel, the treated area needs to be saturated with water to start eroding the dichlobenil crystal. As it erodes, the crystalline eventually leaches to a small surrounding area to form a herbicidal barrier. A liquid application of this herbicide will also provide this barrier, but its effects are not as long-lasting.

Keep in mind, tubers, deep in the soil, will start to produce new nutsedge plants. Once the barrier is established at the soil surface, the new plants coming up though the soil will die off as they germinate into and through the herbicidal barrier.

Using a ground preparation treatment should be considered if the bordering area of the property, or even the surrounding neighbourhood, is known to have nutsedge infestations. Reapplication should be performed around the pool perimeter on an annual basis to ensure new growth does not permeate through the ground.

You May Also Like  Canadian pool permits up two years straight

What to look for

The most common types of nutsedge are yellow nutsedge (cyperus rotundus) and purple nutsedge (cyperus esculentus). They are recognized by many agriculture organizations as an invasive species. In fact, nutgrass is a weed in more than 90 countries and is one of the world’s most invasive weeds based on its distribution. Nutsedge thrives in moist, nutrient-rich soil and is a highly adaptable plant. When given enough time to germinate, it can tolerate drought conditions, poorly maintained soil, and even mountainous areas. It is native to North America, but of sub-tropical origin and has spread north into temperate regions. Though prominent in the southern U.S., some genera of the plant have started to develop in the northern states, along both coastlines, and into Canada. Other minor types of nutsedge plants are already present in several Midwest and northern states.

With files from the University of California Agriculture and Natural Resources (ANR), the Department of Botany University of Hawaii at Manoa, Alberta Invasive Species Council, and the United States Department of Agriculture. For more information, visit http://ipm.ucanr.edu/PMG/PESTNOTES/pn7432.html, http://www.botany.hawaii.edu/faculty/carr/cyper.htm, https://abinvasives.ca/wp-content/uploads/2017/11/FS-YellowNutsedge.pdf, and https://plants.usda.gov/core/profile?symbol=cyro#. 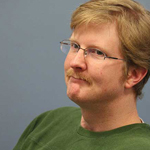 Kevin Vlietstra is the technical director and regulatory specialist with Haviland Pool and Spa Products. He has been working in the recreational water industry for more than 20 years. He can be reached via e-mail at kevin@havilandusa.com.