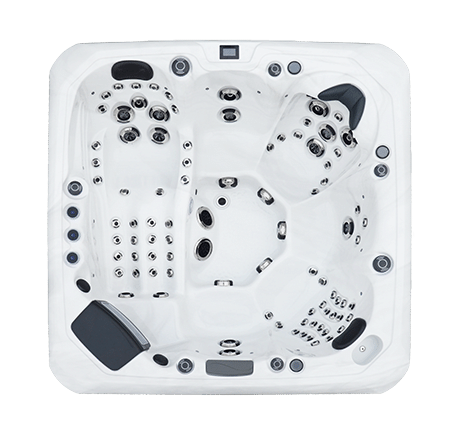 Some call it ‘charm pricing’ while others call it ‘odd pricing,’ but in the end the price of the product may be the difference between selling one item versus 100. Pricing strategies have been studied and, in fact, some have been documented to be more than 300 years old. There have been thousands of articles written on this subject; however, this article will provide a summary for specialty pool store owners/managers on the best way to use these pricing strategies.

The best example of the psychology of pricing strategy can be found in the local grocery store. For the most part, grocery stores do not have a sales staff; it is the consumer who dictates what type of products they want and what price they are going to pay. Sure, there are some consumers who buy their choice brand, while others buy based upon location, but for the most part the majority make their purchasing decisions based on the product’s price relative to other ‘like’ products. By using this theory, and pricing products correctly, retailers can influence customers to buy more expensive and more profitable items. This is achieved simply by the way consumers think.

Many studies have been conducted on what is called the ‘left-digit anchoring effect,’ which explains why consumers think this way. For example, these studies state people perceive the difference between $1.99 and $3 to be closer to $2.01 than to $1.01 because their judgments are anchored on the left-most digit.

Consumers ignore the least significant digits rather than do the proper rounding. So, even though the cents (in the price) are known and not totally ignored, they may be partially ignored subconsciously. Some studies even make claims suggesting this effect may be further enhanced when the cents are printed smaller (e.g. $1.99 versus $1.99).

Another example of this is $10 versus $9.99. When looking at these two prices, most consumers understand the price is not substantially cheaper; however, they still prefer the lesser of the two even though they are relatively comparable. Interestingly enough, most consumers translate an odd price to the next whole number. For instance, when someone sees $9.99, they realize it is close to the whole number of $10 and, in essence, they recognize there is not much difference between the odd price and the reference price.

Odd pricing works because upon comparison, consumers see the price as being less than the reference price and, therefore, view the cost as being better than if they purchased the product at $10. When the consumer views the price displayed as $9.99, they automatically round it to $10. Then, when they realize $9.99 is actually less than their reference price of $10 they acknowledge the benefit of it costing less. Essentially, consumers can trick themselves into thinking a one-cent difference is a much better deal.

To clarify, prices ending in nine are perceived as lower only when the dollar place value changes. For example, $4.99 is perceived as being much lower than $5, but $2.69 is not thought to be much lower than $2.70 as the dollar place ($2) has not changed. Why is this? When most consumers look at numbers they translate and map them onto a mental number line in their brains. In some cases, this occurs even before all the digits of a number are processed and, thus, the brain sees $4.99 and maps it close to $5 since it is the first digit. In the case where the dollar place does not change, more digits are required to make an accurate mapping (since the first digit is the same) and, thus, a more accurate assessment in the cost difference is made.

You May Also Like  IPSPE power panels focus on business success

On the other end of the scale, when the price ends with a nine it will be perceived as being more significant if the product it is being compared to is a full dollar higher. For example, retailers should not expect a big difference in sales between products priced at $6.69 and $6.70; however, they might see a more significant change when it comes to $9.99 versus $10.

Finally, prices ending with a nine can still be effective even when they are not compared to original prices. When consumers see a price tag ending with a nine they assume if the seller could have charged one cent more they would have, and, therefore, the cost appears as though it is a discount. Whole figures are considered to be full price.

What is the asking price?

One large warehouse club store takes this pricing strategy one step further. It is said they created this code to assist their own employees to determine the status of an item in stock, but in fact loyal shoppers understand the code and it motivates them to scoop up these bargains. This retailer prices its products as follows: