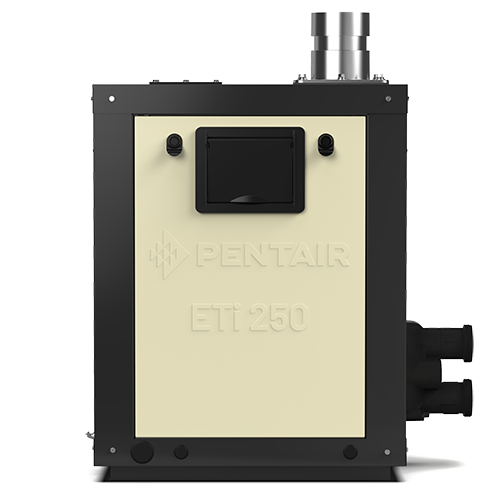 Heat pumps have been the go-to pool heating option in Florida and Quebec for years. In fact, the trend is spreading into Ontario, as well. An increasing number of pool owners are opting for heat pumps over propane, natural gas, oil, and electric heaters for a number of reasons, including operating costs, environmental impact, and overall efficiency.

As summer ends, some pool owners who were attracted to the low price of a fossil-fuel heater may look back on their heating bills between spring and summer and think about ways they could have saved money in their effort to extend the swimming season. Those homeowners who chose to purchase a heat pump are likely not experiencing any buyers’ remorse, as their monthly heating bills may have cost them as little as one fifth as much as a traditional pool heater.

What is a heat pump and how does it work?

A heat pump operates in reverse fashion to an air conditioner by pumping warm, outside air straight into the pool. The electricity the unit uses does not heat the water directly; it powers a compressor and a fan, which transfers heat energy from the ambient air into the pool water.

The entire process is controlled by a simple electronic display, whereby the temperature of the pool can be set anywhere between 18 and 35 C (65 and 95 F).

A typical electric, propane, or natural gas heater is considered ‘efficient’ when more than 80 per cent of the kilowatts (kW) or British thermal units (Btus) of energy are transferred into heat energy.

A pool heater’s coefficient of performance (COP) measures the relationship between the amount of heat it generates and the energy it uses to do so. A COP of seven means that for every dollar of electricity used, the homeowner gets the equivalent of seven dollars in heat energy for their pool. This is achieved by using a process based on thermodynamics, which produces some of the most efficient heating energy on the market. For the sake of comparison, and perhaps even over-simplifying the differences, a COP of seven is akin to 700 per cent efficiency.

For most pool owners, comparing 95 per cent to 700 per cent should be an easy choice, and a good reason to learn a little more about thermodynamics. A simple way to explain a heat pump’s “reverse air conditioning” operation is they work using the principle that gases heat up when compressed and cool down when released. Heat energy is transferred from the heated compressed gas into the pool water as it flows through the heat pump. Since electricity is used to power the compressor and fan, rather than a traditional heating element, up to seven times less energy is used to attain the same pool heating result.