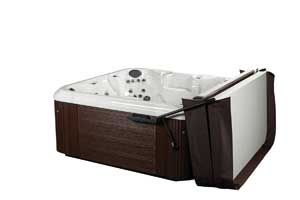 The most common complaints from pond owners are to do with the waterfall and rocks being covered with string algae—a filamentous plant that elongates by adding cells end-to-end like boxcars—or their water looks like pea soup, which is caused by a single-celled algae (commonly referred to as suspended algae). Both algae types can be caused by an excess of nutrients in the pond. Likely sources include waste from too many fish, runoff from lawn fertilizers, over-exposure to sunlight, or even from alkaline rock, such as limestone, rather than chemically-inert granite, which is recommended for pond construction. In fact, limestone will increase the pH of the pond water, creating favourable conditions for rapid algae growth.

The benefits of bacteria

String algae is not harmful to the pond’s ecosystem, however, it is a sign the pond’s nitrification cycle is working well. In gardening terms, the string algae plant is to water gardening as the dandelion is to turf.

You May Also Like  Indoor air and water quality

Embrace the algae, if possible, and let koi feed from it, however, if the tolerance level has reached its limit, string algae can be eliminated with the use of an electronic clarifier as long as the pond’s water chemistry falls within the correct parameters. This clarifier works to eliminate string algae by introducing copper ions into the water. Copper binds to and interferes with the algae cell’s ability to absorb nutrients, causing the plant to die. Alternatively, an algae treatment product can be used to control or remove the algae from the rock by binding the available calcium it requires for adhesion.

With the algae removed from the rock, it needs to be digested and removed by a bacterial/enzymatic product. If the algae or other debris accumulates at the bottom of the pond, it can be digested with a liquid sludge cleaner or by using pure strains of concentrated beneficial bacteria, including enzymes. Liquid barley extract or barley pellets may be used to prevent future algae blooms, or at least reduce their impact by releasing naturally occurring peroxide into the water. This interferes with the elongation of the string algae cells, drastically reducing their growth.

Another algae prevention method often used by mini-putt courses is the addition of natural or blue pond dyes to the water. The dye forms a protective layer on the surface of the pond, which prevents sunlight from reaching the algae cells, interfering with the vital process of photosynthesis.

Other common complaints include murky water, which is usually caused by rainstorm runoff or pollens dropping into the water. In either of these cases, a flocculent can be used to bind the particles together to trap them on the filter pads within the skimmer. Pollen can also cause the formation of foam, particularly around the waterfall. When pond fish are spawning, one usually observes the presence of foam created by the abundance of excess proteins in the water released by the male fish, which are agitated by the rapid movement of the pond’s waterfall. In this case, an anti-foam product can be used or simply let nature take its course.

In the fall, if a net is not placed over the pond, leaves will accumulate and sink to the bottom where they will release tannins (a byproduct of their decomposition). Activated carbon may be used to absorb the discolouration in the water, which also has the side benefit of neutralizing foul odours. Care must be taken by pond owners who use an electronic clarifier to control string algae as the activated carbon will also absorb the released copper ions.

Clients who invest in their ponds in early spring will save money with regards to water quality management throughout the remainder of the season. For example, clients who buy one or two floating plants (when their pond should contain at least a dozen) thinking they will multiply in time to provide proper shade for the pond and absorb the excess pond nutrients, are deluding themselves.

It is important to start off with proper plant coverage—even if it means discarding their progeny later—so the pond can get ahead of the algae blooms, or possibly prevent them altogether. Keep in mind, it is easier to work with Mother Nature than against her. Catherine Neville is the owner and general manager of The Pond Clinic Water Garden Centre, located in Nepean, Ont. She holds a bachelor of science in life sciences from Queen’s University and a master of science in molecular genetics from the University of Ottawa. A self-taught businesswoman, Neville applies her scientific precision to every aspect of her second career as a garden centre retailer, which she and her husband, Nicholas Bott, established in 2007. She can be reached via e-mail at cneville@pondclinic.com.